My name is Ellie and it’s so good to see you again. February is Black History month in the United States! Gaining knowledge about as many different cultures as possible is incredibly important for both self and societal development. I believe current school culture has morally and ethically failed students in this aspect. I wasn’t taught in grade school how this month started or the importance of recognizing it. We did learn about two well-known figures, Martin Luther King Jr and Rosa Parks. While these two were pivotal in the civil rights movement, there are many others that were just as important.

Before there was a month, Carter G Woodson along with the Association for the Study of African American Life and History (ASALH) declared the second week of February as Negro History Week in 19261. This week was chosen because the birthdays of Abraham Lincoln and Frederick Douglass fall within the second week and were already celebrated within black communities2. Black history month was officially proclaimed in 1970 by president Gerald R Ford2. This month is dedicated to black history to honor and remember the adversity faced by the black community.

Let’s take a look at some inspirational black Americans who revolutionized the Civil Rights movement, and life as we know it today. 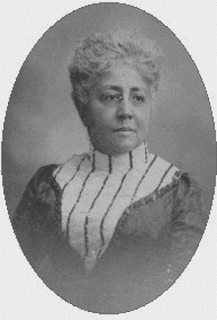 “…we are women, American women, as intensely interested in all that pertains to us as such as all other American women; we are not alienating or withdrawing, we are only coming to the front, willing to join any others in the same work and welcoming any others to join us.”

Josephine St Pierre Ruffin served as a pioneer for both black and women’s rights. Coming from a wealthy family, she received a short education before marrying at sixteen24. She immersed herself in the woman’s suffrage movement working closely with Susan B. Anthony and Elizabeth Cady Stanton8. Ruffin edited the newspaper Woman’s Era, the first paper published by and for Black women8. She was a founding member of “Woman’s Era Club” in 1894 and assisted in the first annual convention for black women in 18958. She campaigned against white-only women’s clubs and reinforced the importance of raising up black women9. Ruffin was one of the founding members of the Boston NAACP in 19108 and the League of Women for Community Serviece9. She dedicated her life to serving others and leaving the world better than she came into it.

“Education is the key to unlock the golden door of freedom.”

Contrary to popular believe the “Peanut Man”, AKA George Washington Carver, did not invent peanut butter. According to Biography.com he did invent. “hundreds of products, including more than 300 from peanuts (milk, plastics, paints, dyes, cosmetics, medicinal oils, soap, ink, wood stains), 118 from sweet potatoes (molasses, postage stamp glue, flour, vinegar and synthetic rubber) and even a type of gasoline.”

When Carver was a few weeks old, in about 1861, the plantation he lived on with his mother was raided19. This resulted in him being separated from his parents and raised by his former slave owners19. He was taught to read and write at home because schools didn’t yet accept black students18. He left home to receive a High school diploma from Minnesota. Carver then went on to complete a Bachelor of Science in 1894 and a Master’s degree at Simpson College in Iowa in 189618. Both of these were impressive feats, the civil war having ended not too many years previously. Driven to find solutions to the declining southern economy, he helped revive the overworked soil by suggesting the planting of soybeans, sweet potatoes, peanuts, and pecans18. When farmers were cautious about the idea of planting these crops, he came up with products that would increase their demand18. He was the first black American to have a national monument erected in his honor18. Carver is considered to be the most influential scientists, inventors, and scholars of his time. He spent his life pursuing knowledge to help cultivate a better America. 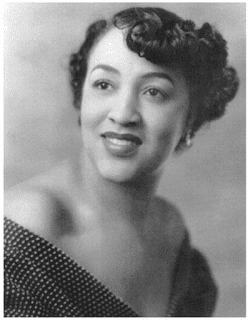 Mary Kenner holds the most patents for any black women in history, with a total of five25. She graduated Dunbar High School in 1931 and started college at Howard University25. Unfortunately, due to money constraints she had to drop out25. She invented sanitary napkins, portable ashtrays, toilet paper holders, and much more11.
Kenner revolutionized the experience of a period for women with her sanitary belt. It took over 30 years for it to be patented, in 195725. Interested companies rejected her invention once discovering she was black12. Inventing was Kenner’s life-long passion but she worked a day job as a florist and federal employee11. She pursed creativity and innovation in everything she did and our lives have been significantly bettered by her inventions.

“As the first black and first woman, I am proving in everything I do that blacks and women are as capable as anyone.”

Constance Baker Motley was impassioned as a teenager and became actively engaged in civil rights issues. Constance Baker Motley worked civil rights cases with the National Association for Advancement of Colored People (NAACP) 3. She was the first Black woman to present a case in front of the US Supreme court, case Meredith Vs Fair in 19624. She won the case which allowed Meredith to be the first black woman to attend the University of Mississippi4. She crashed through glass ceilings when she was elected to the New York State Senate in 19653. This landmark election made her the first black woman to sit in the state senate3. In August of 1966 she was confirmed as court Judge to the United States District court, making her the first black female federal judge4. Motley spent her life pursuing justice and equality within the United States.

“Opinions differ most when there is least scientific warrant for having any.”

Daisy Bates overcame great tragedy in her early life. Her mother was raped and murdered and her father abandoned her6. Raised by family friends, she persisted, pursuing a life of social activism6. Most notably, in 1952, Bates was elected the president of the Arkansas NAACP5. She was a driving force in helping the Little Rock Nine become the first Black students to attend Central High School in Little Rock5. In 1962, she published a book on it called The Long Shadow of Little Rock5.  Daisy and her husband Christopher Bates ran a weekly black newspaper, The Arkansas State Press, centering around the civil right movement5. They covered the turbulence surrounding the victory and enforcement realities of Brown Vs the Board of Education5.
Shirley Chisholm

“I want to be remembered as a woman … who dared to be a catalyst of change.”

Shirley Chisholm was the daughter of working-class immigrant parents14. She received her Master’s degree from Columbia University in 195114. Chisholm was elected the first black women in congress for New York State in 196813, and also served seven terms on the US House of Representatives. She was one of the founding members of the Congressional Black Caucus. While in congress she introduced over 50 pieces of legislation and was known as “fighting Shirley”13. In 1972 she became the first woman and black American to run for president of the United States14. Her slogan was “Unbossed and Unbought13”. Her candidacy had split reviews, her black male colleagues in congress felt she should have spoken with them first15. They also disagreed with her creating a group for women, Hispanics, white liberals, and welfare recipients15. She wrote two books Unbought and Unbossed in 1970 and The Good Fight in 197314. Shirley Chisholm was an iconic civil rights activist that paved the way for many to follow after her. 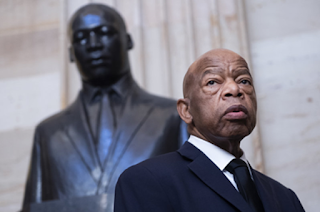 “You are the light. Never let anyone—any person or any force—dampen, dim or diminish your light. Study the path of others to make your way easier and more abundant. Lean toward the whispers of your own heart, discover the universal truth, and follow its dictates. “

John Lewis’ tremendous career started in 1961 when he was involved in the Freedom Rides. In 1963 he attended Fisk University and was named Chairman of the Student Nonviolent Coordinating Committee16. Here is was deeply involved in non-violent protests and organized sit ins20. That same year he was a keynote speaker at the March on Washington in August of 196316. After graduating he worked as Associate Director of the field foundation and participated in voter registration programs16. Lewis was arrested over 40 times and brutally beaten for his activism20.  Lewis was elected to congress in 1986 and is currently serving his 17th term16. In 2011, Obama awarded him with the presidential medal of freedom20. He also helped to create a comic book about his work in the Civil Rights Movement20. Lewis third comic March: Book Three won the National Book Award in 201616. Lewis continues to be an inspirational civil rights leader today. Most recently introducing the HELP Act National Black HIV/AIDS day on February 7, 2020.

“In recognizing the humanity of our fellow beings, we pay ourselves the highest tribute.”

Thurgood Marshall fought for the civil rights movement as a practicing attorney with NAACP17. He brought most cases before the supreme court than anyone in history and won 29 of the 32 argued17. In 1954 he argued and won Brown V Board of Education, which desegregated public schools21. John F Kennedy appointed Marshall to the US court of Appeals in 196117. By 1967 Lyndon B Johnson appointed him the first black solicitor general17. If you’re like me you might have no idea what the job is of the solicitor general. According to justice.gov the solicitor argues cases for the United States government22. While serving as solicitor general he won 14 out of the 19 cases he argued22. In 1967 he was elected the first black American to be a supreme court justice17. He served 24 prolific years in the supreme court until he retired in 199121. 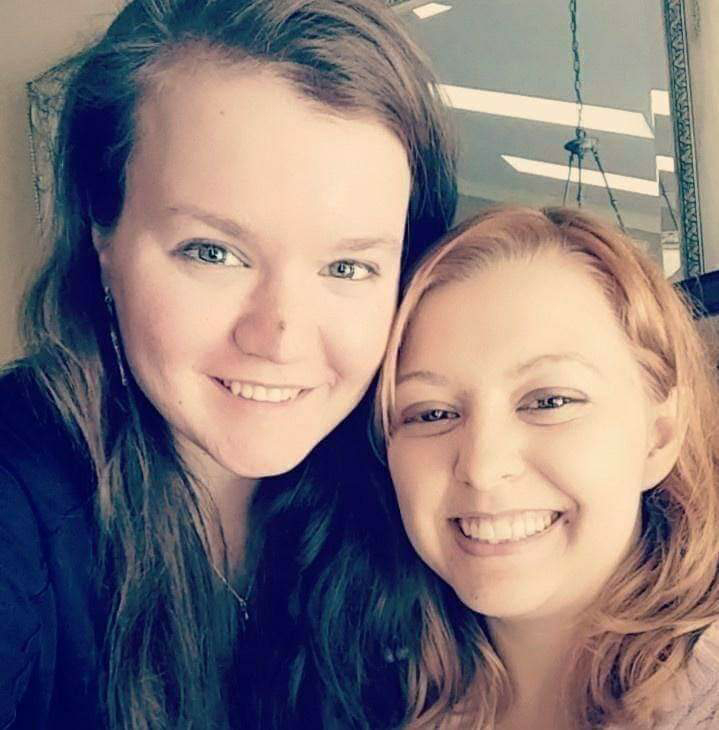 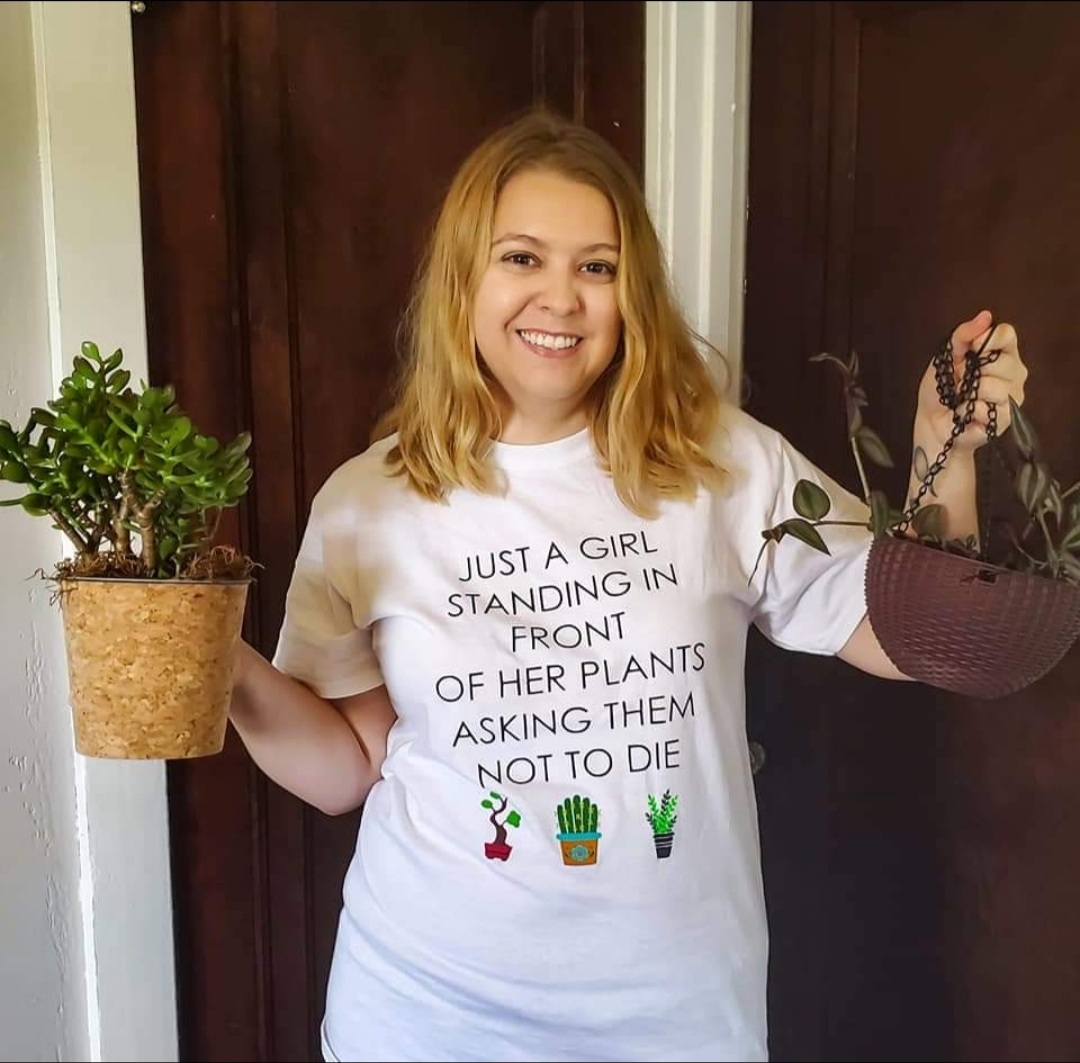 For the Love of Plants